Each year Since 2009, Historic Nashville, Inc. (HNI) has published the annual Nashville Nine, a list of local historic properties endangered by demolition, neglect or development. Every year, the Nashville Nine is compiled through a public nomination process, revealing historic buildings and places that matter to the people of our city.

Through this community-driven program, HNI has brought to the public’s attention a wide variety of the city’s endangered historic and cultural resources, including residential properties, parks, civic and commercial buildings, neighborhood schools, churches, and even neon signs. These properties represent a range of historic time periods, architectural styles, and building types that embody Nashville and Davidson County’s rich and diverse history.

The Nashville Nine serves as Historic Nashville’s strongest advocacy tool for the preservation of places that matter most to Nashville. These are buildings, neighborhoods, or historic landscapes in danger of being lost to demolition, redevelopment, or neglect. We work with property owners, elected officials, government agencies, neighborhood leaders, and the public to educate, evaluate and create solutions for preserving these important elements of Nashville’s unique history and sense of place. Historic Nashville has been Nashville’s local historic preservation organization since 1968 and is supported by membership, donations, and our easement program. For more information, contact us at info@historicnashvilleinc.org. 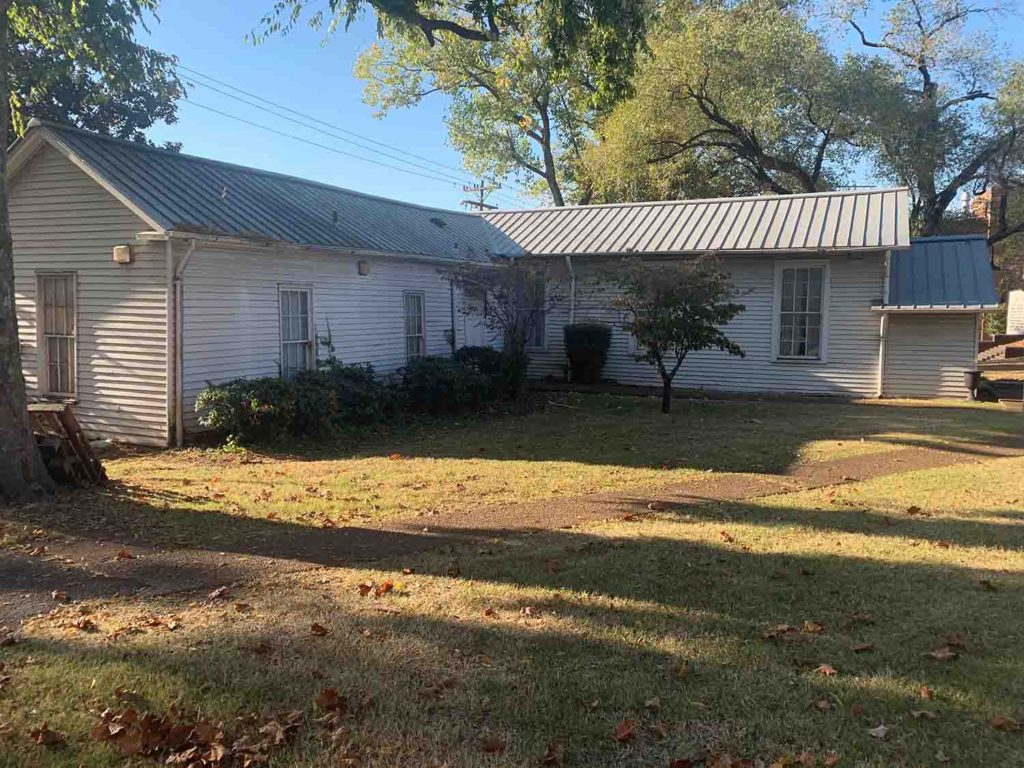 Built as hospital barracks during the Civil War, this frame building on Fisk University’s campus has been used as a theater since 1935. As a continually used 160-year-old wood building, it’s showing its age. Windows and gutters need repair or replacement and moisture issues must be addressed so that this unique building may be preserved. Fisk and preservationists have worked well together over the years. The time is right for all concerned to turn their attention to the theater. 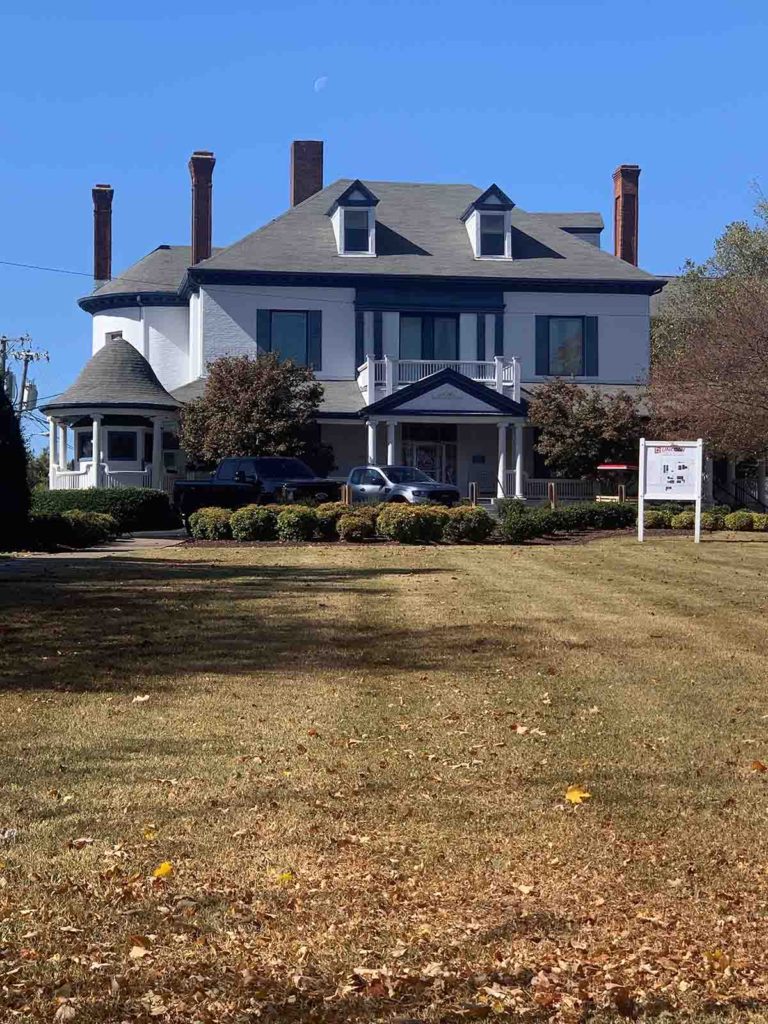 Built in 1855, “Renraw,” the grand home that stands at the center of Lincoln College of Technology, was the boyhood home of prominent Nashville businessmen Edwin and Percy Warner, best known now for the parks named in their honor. In 1913, Renraw housed what was then known as Trevecca College. Once Trevecca acquired its present location in 1935, the estate became the Nashville Automotive College. Lincoln Tech sold the campus in early 2022 to Southern Land Co., who plans to develop it into a mixed-use residential and commercial space. Plans for the site include moving Renraw to the corner of Trevecca Avenue and McClurkan Avenue.

Considering the home’s significant historical connections and the challenges of relocating a historic structural brick edifice, developers should work with preservationists to make sure the house is preserved and highlighted in the new development. 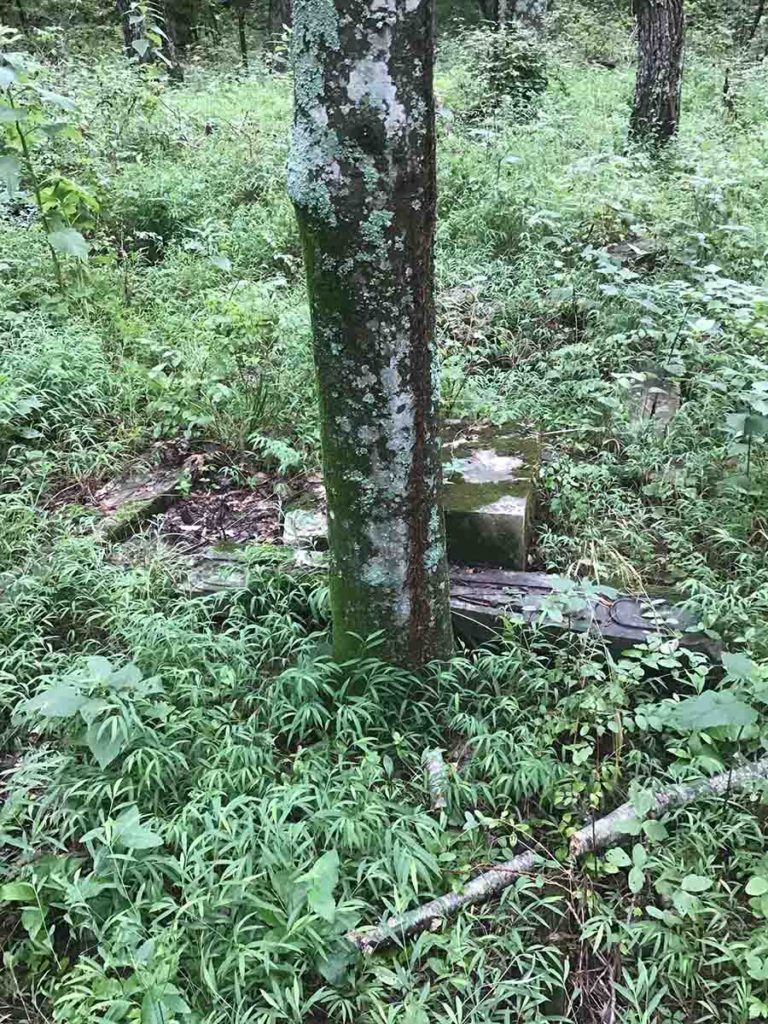 Pasqueit Cemetery is a vernacular/informal graveyard with burials that date to roughly the mid-nineteenth to early twentieth century, including some stone box tombs. The cemetery has ties to the early history of Cane Ridge and other families that were important to the development of this part of Davidson County. Also within its bounds are numerous unmarked graves, many of which are believed to contain burials associated with enslaved persons from the area.

Threats to the site include a large, new mixed-use development that will fence the cemetery but envelop the site and significantly alter its historic setting. Preservationists have advocated for the developer to conduct a ground penetrating radar survey and any other identification methods needed to better understand the site’s history and ensure all associated burials are protected from disturbance. 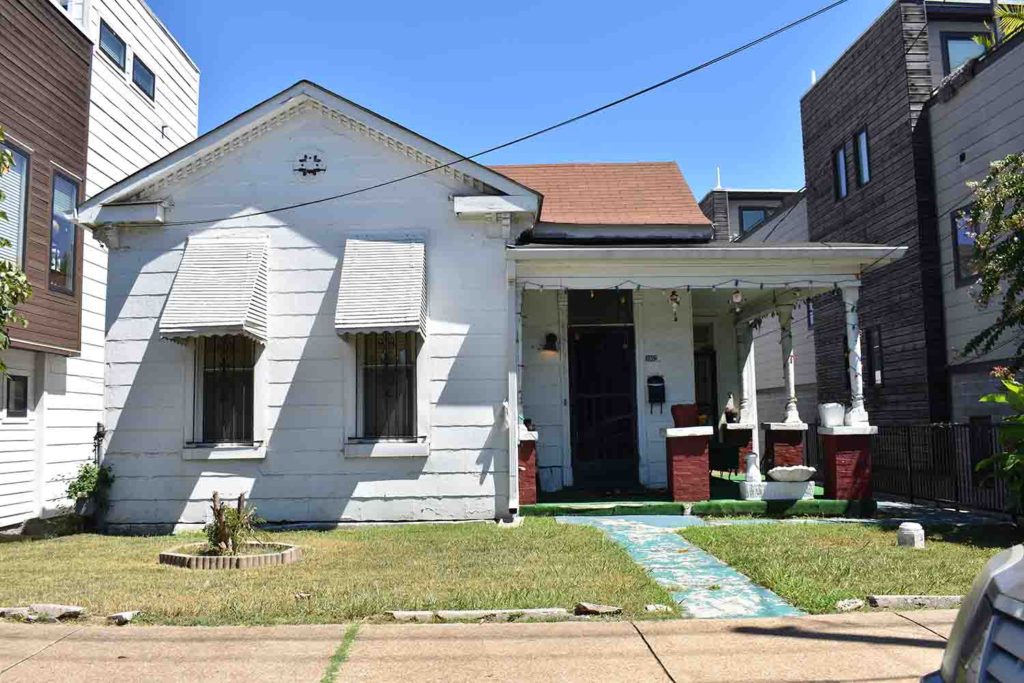 This c. 1940 Queen Anne cottage was the home and office of Nashville native Robert Emmitt Lillard (1907-1991), an important African American attorney and civic and civil rights leader who served on the city council for decades and was Nashville’s first African American Vice Mayor Pro Tem.

Lillard’s house is the last historical structure left on the east side of 2nd Avenue South between Cameron Street and Mildred Shute Avenue. Everything else is new construction. Though some of the churches and most of the university buildings where Nashville’s Civil Rights Movement was incubated are still around, many of the office buildings and residences associated with the people and events of the movement are long-since destroyed. This is one of the last of those important spaces and it should be preserved. 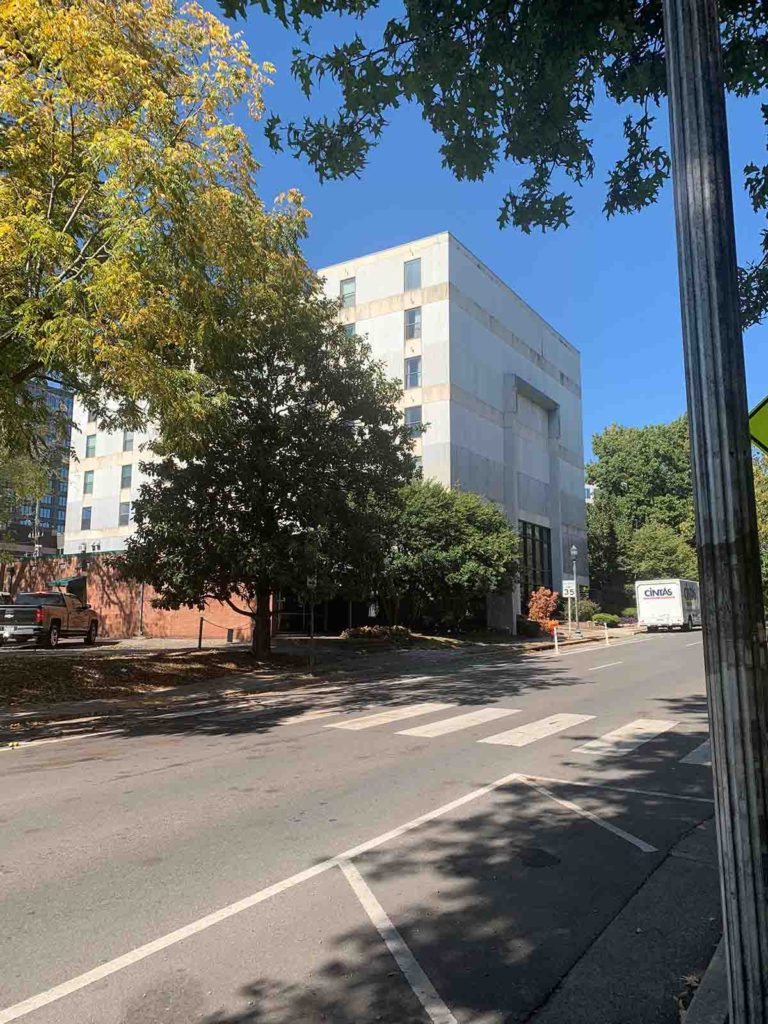 The Spence Manor Motor Hotel was built in a Mid-Century Modern Brutalist style to serve the stars (especially Elvis) who came to town to record on Music Row. The guitar-shaped pool on the property was built by Webb Pierce to accommodate his fans after his neighbors complained about fans coming to Pierce’s house to see his personal guitar-shaped pool.

The now-residential property is mired in controversy as residents fight over short-term rentals in the building and whether it should be torn down to make way for something taller. 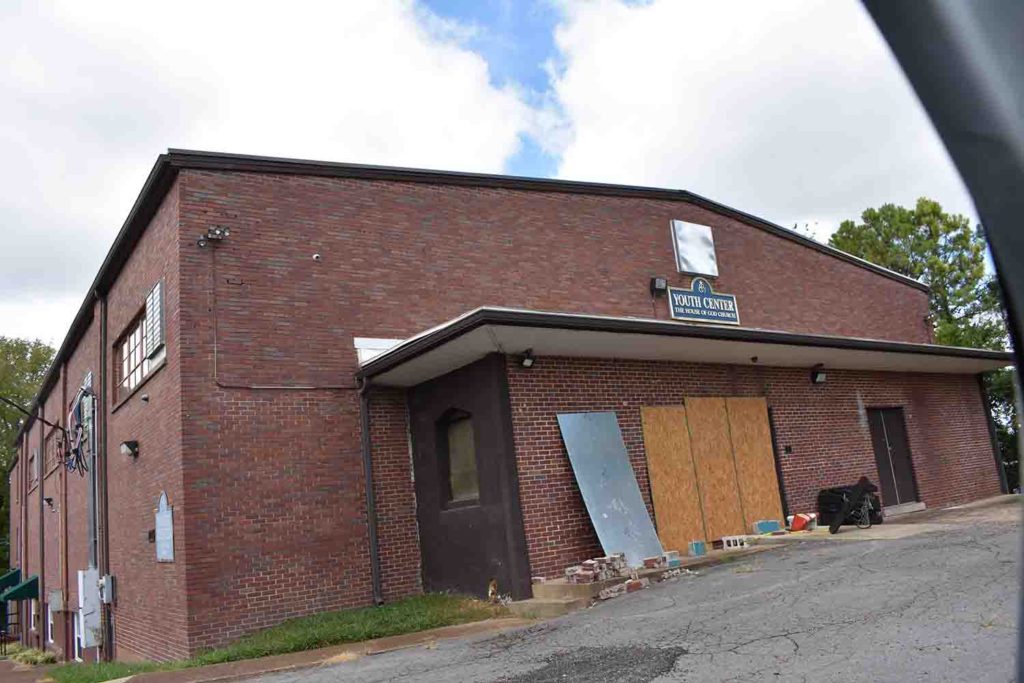 The Nashville Christian Institute was a Church of Christ-run K-12 school for Black members of the church. It opened in 1940 and closed in 1967, when David Lipscomb College integrated. The first president of NCI was famed preacher Marshall Keeble who had a hand in founding most, if not all, of the African American congregations of the Church of Christ in Tennessee.

The National Register-listed NCI gym is the last remaining vestige of the former NCI campus and stands as a testament to religious education in Nashville’s African American Christian community during segregation and the civil rights era. The gym is currently up for sale and in danger of being torn down, but the right buyer could find a creative way to repurpose the historic building and keep it as a central neighborhood gathering place. 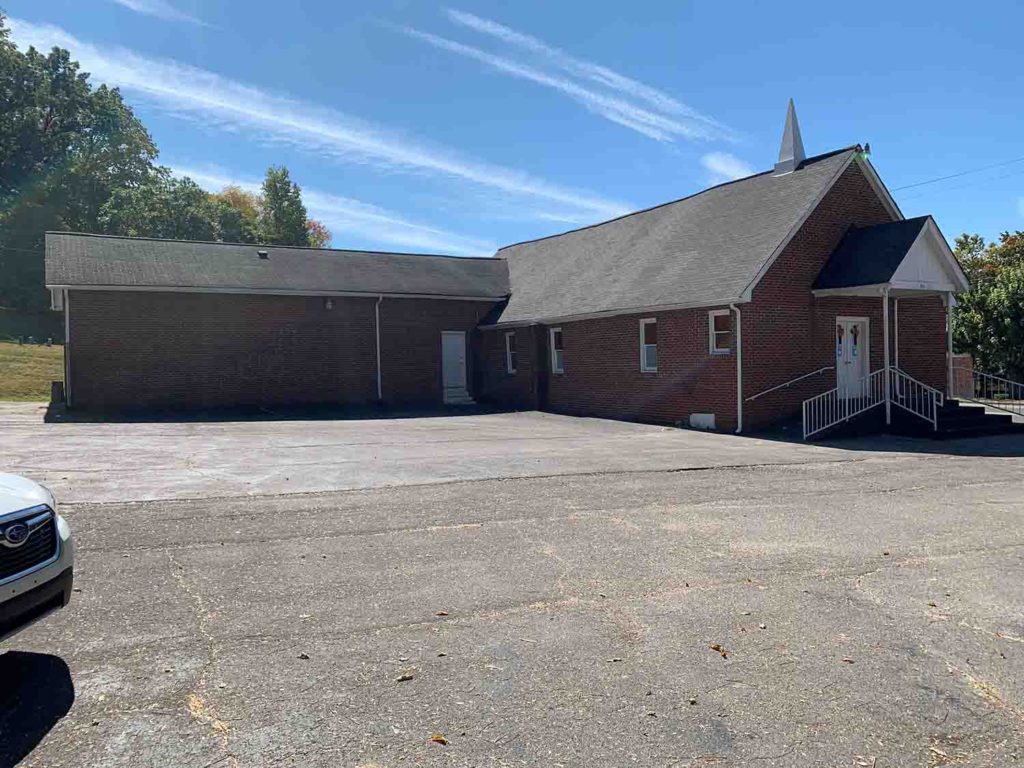 As the longtime center of the Scott’s Hollow community in Hermitage, the Scott’s Chapel AME Church property historically contained the church, a benevolent society, a one-room schoolhouse, and a cemetery. Community founders were once enslaved at nearby Tulip Grove plantation and at the Hermitage.

After integration, the one-room schoolhouse was moved and attached to the church as its fellowship hall, but many of the accoutrements of the schoolhouse are still in place. The site is well-maintained, but the schoolhouse section needs some major repairs that are beyond the capacities and budget of the families looking after the property. 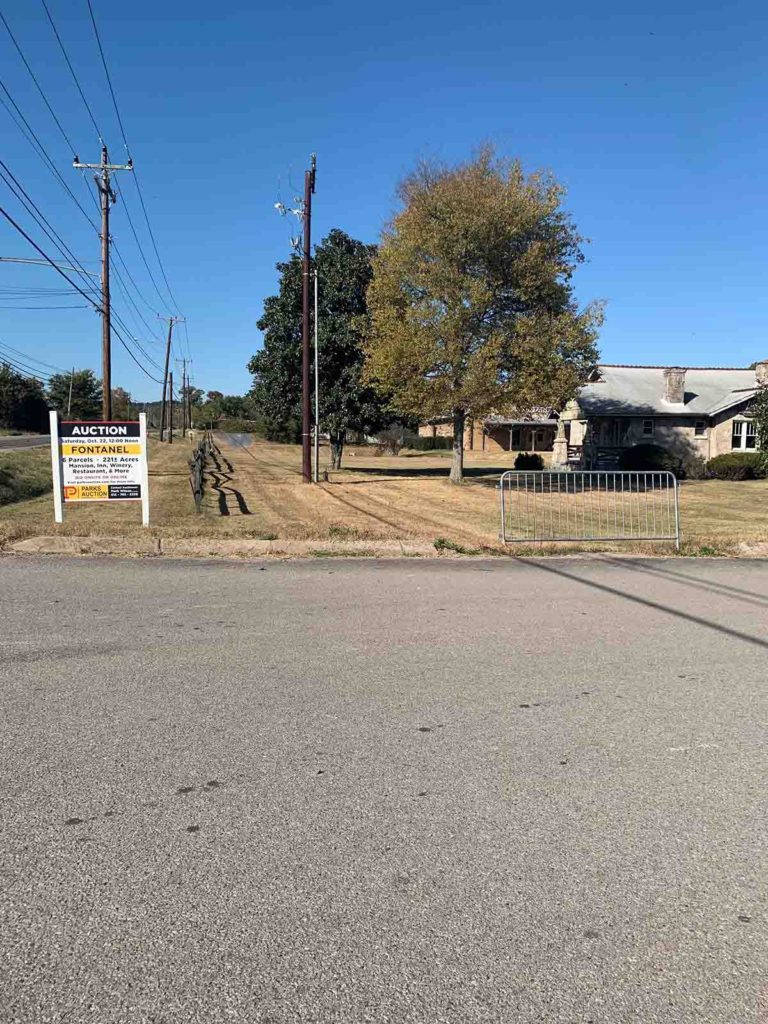 Country star Barbara Mandrell’s former home and the surrounding 221 acres are for sale, including the inn, houses, distillery, and amphitheater space. The property includes much of “downtown” Whites Creek, so any changes to the buildings will drastically affect the character of the whole area. Considering how close Whites Creek is to the urban core, development even in these somewhat rural areas is inevitable, but residents concerned about what that development looks like should be keeping an eye on what happens at The Fontanel. 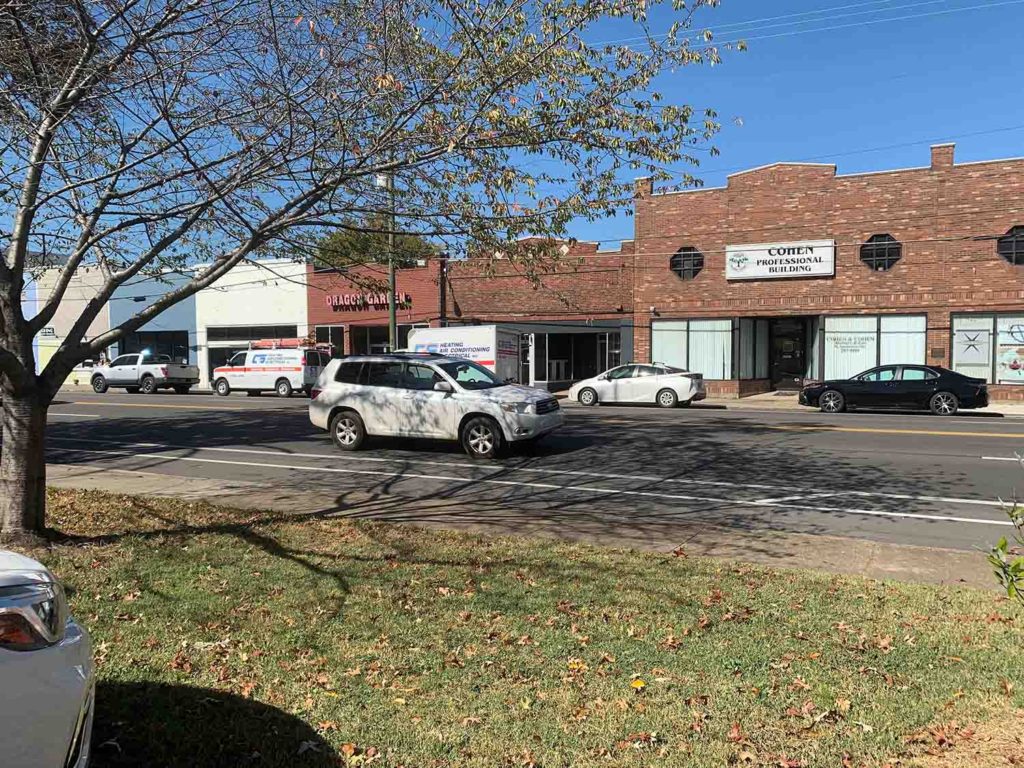 This block of Charlotte Avenue is in the heart of the old “New Town” development now known as West Nashville. New Town was designed to be an industrial hub close to the river, railways, and the urban core. Though it is now a part of Nashville, this was originally an independent town with a thriving commercial district.Though the area is booming, with creative reuse of many historic buildings along the corridor, the 4900 block remains significantly underutilized. Stores sit empty. Windows are boarded up. Buildings that have tenants could use paint. In a neighborhood that is teeming with commercial activity and surrounded by some of the most stable residential historic districts in Nashville, preservationists are hopeful that this stretch of early-twentieth-century commercial buildings will be revitalized before they are lost to time and neglect.