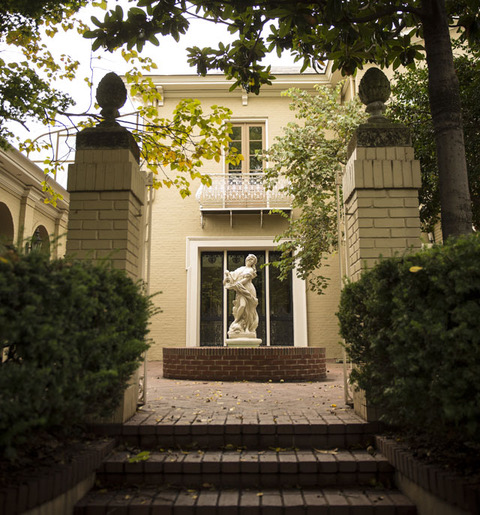 Built in 1867 by AG Stanford, the mansion has been home to various owners throughout the years. Notably, its first homeowner was Tennessee native Senator Henry Cooper. Cooper served one term in the Tennessee House of Representatives, after which he served as a judge. It is during this time that he frequented the East Ivy Mansion, concurrently teaching as a professor at the Cumberland School of Law. Cooper was infamously shot and killed later in Mexico by bandits.

The East Ivy, along with Henry Cooper, remains an important part of Nashville history. A mainstay of the Historic Edgefield district of Nashville, the mansion has stood the test of time through several natural and man-made disasters. East Ivy was one of the very few properties to survive the Great Nashville Fire of 1916, a tragedy that destroyed most of the Italianate and Queen Anne style homes in the area. In 1933, tragedy struck again when a tornado devastated most of Nashville, once again demolishing hundreds of historic homes. The East Ivy Mansion, however, remains standing. It continues to be one of the few original historic properties in Nashville. Guests of East Ivy can see that the home has almost all of its original features.

Throughout various owners and a handful of natural disasters, the Historic East Ivy Mansion has, incredibly, stood the test of time. Most impressive of all is the fact that although East Ivy has undergone reconstruction and renovation throughout the years, the estate boasts almost all of its original fixtures. In 195  the wall, pool houses, and gardens were constructed turning the estate into a beautiful, expansive compound. After another 50 years of events, rentals, and memories made, the East Ivy Mansion still stands as a tribute to this amazing piece of historic Nashville.