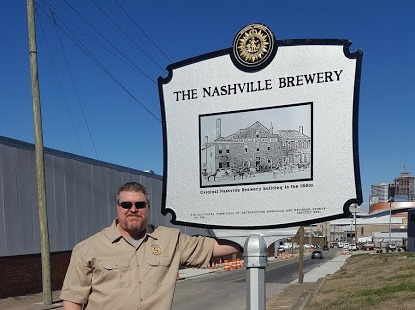 Known for country music, antebellum homes, the Parthenon, and Civil War battlefields, Nashville also has a rich brewing history that spans over 150 years. Several breweries were established in during the 1800s, but only one brewery survived to make it into the 20th Century.  Scott R. Mertie, author of Nashville Brewing, will speak on an important but almost forgotten part of Nashville’s history.

Mertie has been interested in the brewing industry since he started collecting beer cans as a six-year-old. As he became older, Scott expanded his hobby to include brewery advertising and home-brewing. Upon moving to Nashville in 1992, Scott visited the Gerst Haus restaurant and noticed vast amounts of breweriana displayed on the walls that once promoted the restaurant’s namesake a century earlier. This started his fascination with the brewing history of Nashville.