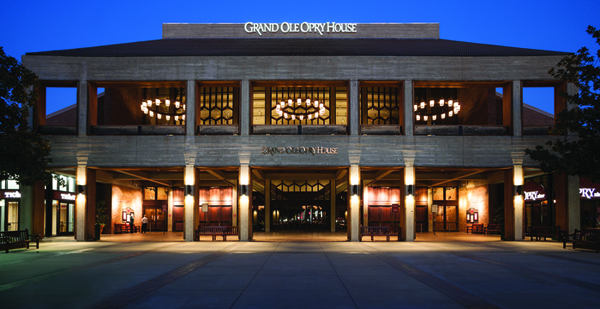 The Grand Ole Opry House was the first venue built specifically to host the iconic country music radio show, which has been broadcast over Nashville’s WSM radio since 1925. Designed by Welton Becket and Associates from Los Angeles, the building was completed in March 1974. The Opry House auditorium was, at the time, also the largest purpose-built radio and television studio in the country. Additionally, the Opry House houses a production facility with large “black box” television studio, administrative offices, and dressing rooms. The building was placed on the National Register of Historic places in 2015 and has been home to the Opry longer than any of its previous locations.

There’s nothing like a backstage tour of the Grand Ole Opry House; it’s a must-see for everyone in Music City. Walk in the footsteps of country music’s superstars and get an exclusive look at what happens behind the scenes of the show that made country music famous!

***IMPORTANT INFO: We will meet under the Portico in front of the Opry House at 9:45 AM. Attendees should park in the Opry Mills lot. The tour will tour begin at 10:00 am. We encourage members to arrive early, once the tour begins you will be unable to join later.***