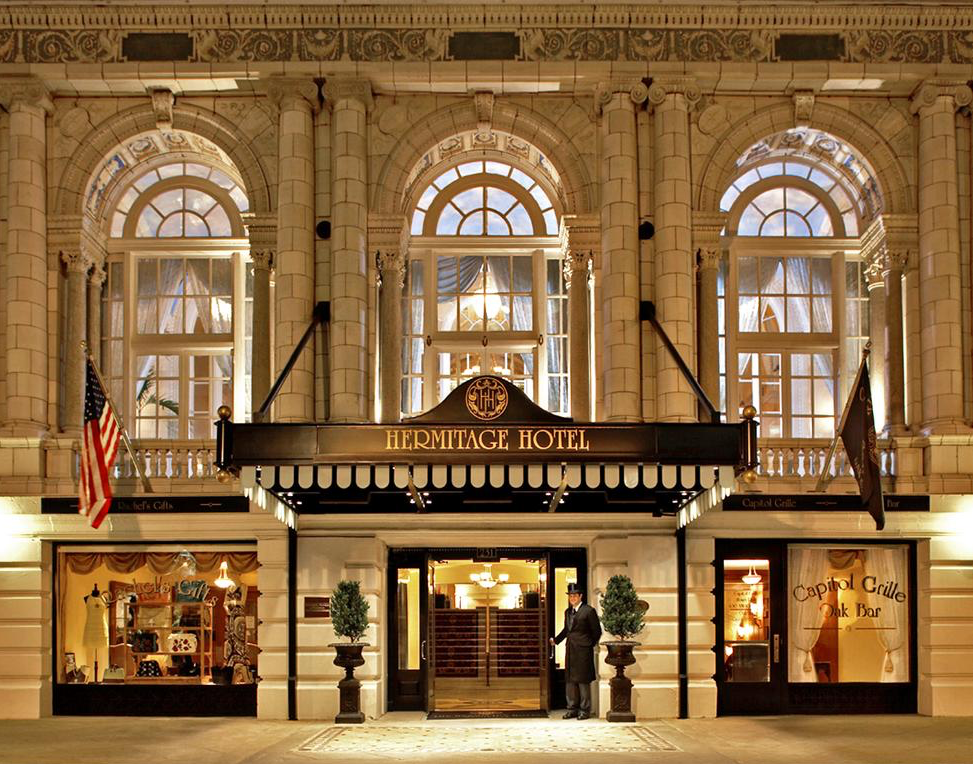 Join us Saturday August 31, 2019 at 10:00 am for a tour at The Hermitage Hotel – Headquarters of Woman Suffrage Campaign

In August 1920 Tennessee’s 33 Senators and 99 Representatives came to Nashville for a special session called by the Governor. At stake was a hotly contested issue of national importance. From all across the United States, leaders and special interest groups arrived and so did news journalists. They called it “The War of the Roses.” The debates progressed in the state capitol for eight days. When it was finished, the United States Constitution was forever amended. The Hermitage Hotel was the center of much of the activities. Its 250 guestrooms rooms & suites, its lobby, meeting rooms, and dining room were filled to overflowing with pro and anti campaigners. Legislator’s votes were influenced, argued, and strategized to an intense degree here. A fundamental right was at stake – one that had been advocated since 1848! The eyes of the nation were on Tennessee. Some 27 million people would be immediately affected by the outcome. It was a make or break legislative vote since Tennessee was the last essential state. Ultimately it was a tie-breaking vote by one legislator that tipped the scales – a shining example that one vote truly does matter.

With this the 19th Amendment of the United States Constitution was passed, giving women the right to vote across the country. Come hear and see more about this at The Hermitage Hotel. The public spaces of this historic hotel will be featured in a step back in time glimpse behind the curtain of history. Narration & tour to be provided by Tom Vickstrom.