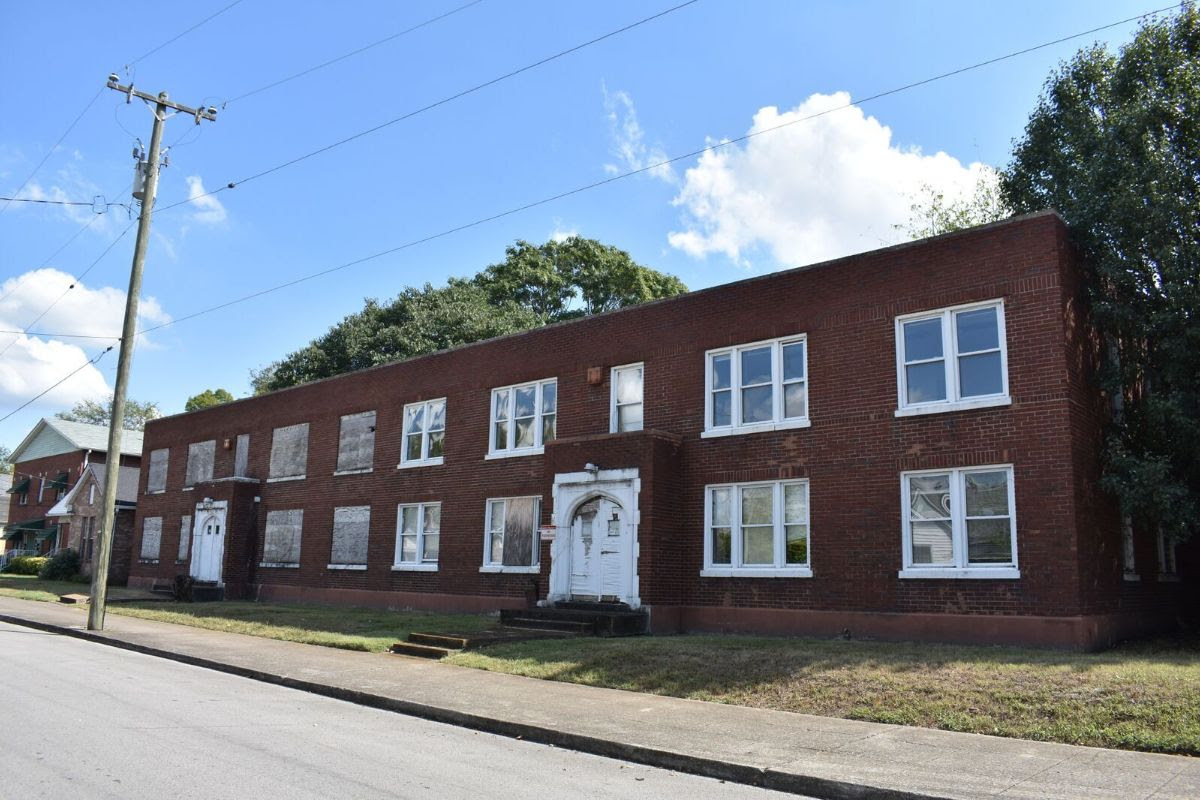 Located within the Fisk University National Register Historic District, Burrus Hall was built in 1945 and named in honor of James and John Burrus, two of the first four college graduates in 1875. The architects were from the notable African American firm of McKissack & McKissack. The 9,860-square-foot building is a two-story brick, L-shaped plan with a flat roof, projecting entry, and stone framed arched doors. Throughout its history, it was used as the music building, a men’s dormitory, and twelve faculty apartments.

In October 1978, Burrus Hall sustained damage from two arson-related fires, at least one of which occurred in a second-floor practice room. The building was most recently renovated in 1992. As of 2009, windows in the easternmost section of the north wing have been boarded up and the entrance doors show signs of damage. Extensive vegetation is growing around the property, and portions of the cornice on the west and south elevations are missing.

Burrus Hall sits directly across the street from the Boyd House, another historic building on campus that is exhibiting disrepair and which the Metro Historical Commission has been advised will soon be demolished. There is a concern that Burrus Hall may meet the same fate, especially since it does not appear to have been actively used over the past decade.