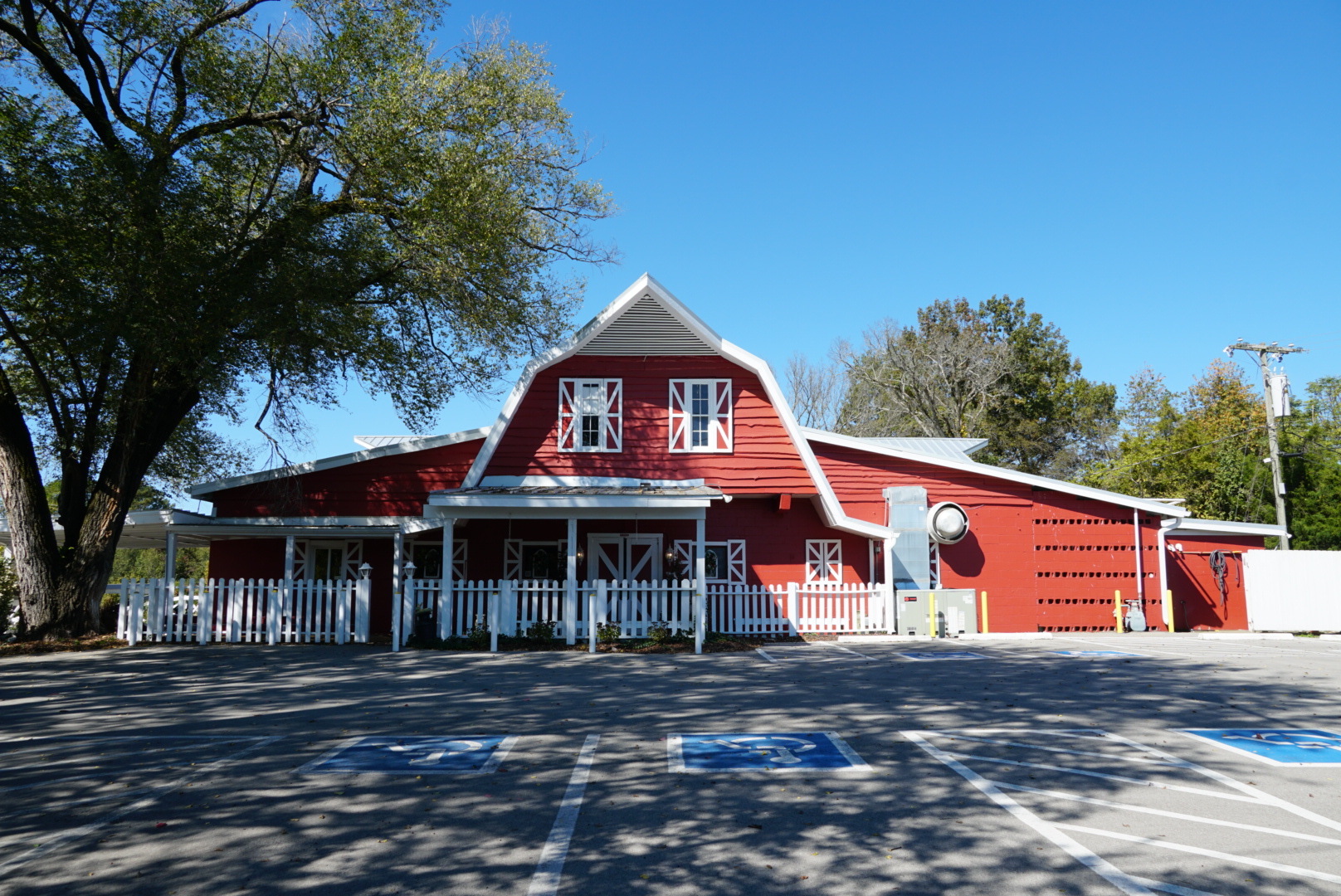 The shutdown related to this year’s coronavirus pandemic has devastated businesses across Nashville, none more so than its entertainment venues. Many of these stages will never have music or theatrical productions again. In some cases, the closing of those businesses also creates uncertainty for the buildings housing them. Chaffin’s Barn, Nashville’s first professional theater, is one of those.

When Asberry “John” Warden Chaffin and Edna Lou Neblett Chaffin launched the Barn Dinner Theater in March 1967, the area was so rural its location was given as “6.7 miles west of the fork of Highways 100 and 70.” The distinctive red barn is one of the longstanding landmarks of the Pasquo community in Davidson County’s southwest corner, along with The Loveless Café and the Pasquo Church of Christ.

Originally, the Barn was part of a Virginia-based theater franchise that grew to twenty-seven locations spanning from North Carolina to New Mexico. Theatergoers dined buffet-style seated on all four sides of a stage that descended from the ceiling. In Nashville, the opening-night gala was attended by former Tennessee governor Frank Clement, future Nashville mayor Richard Fulton, and guitarist Chet Atkins. While the Barn initially brought in touring productions cast by the parent company, the Chaffins began producing the shows locally with area talent when the founding company folded in the early 1970s. The Barn staged hundreds of productions in its fifty-three years of existence.