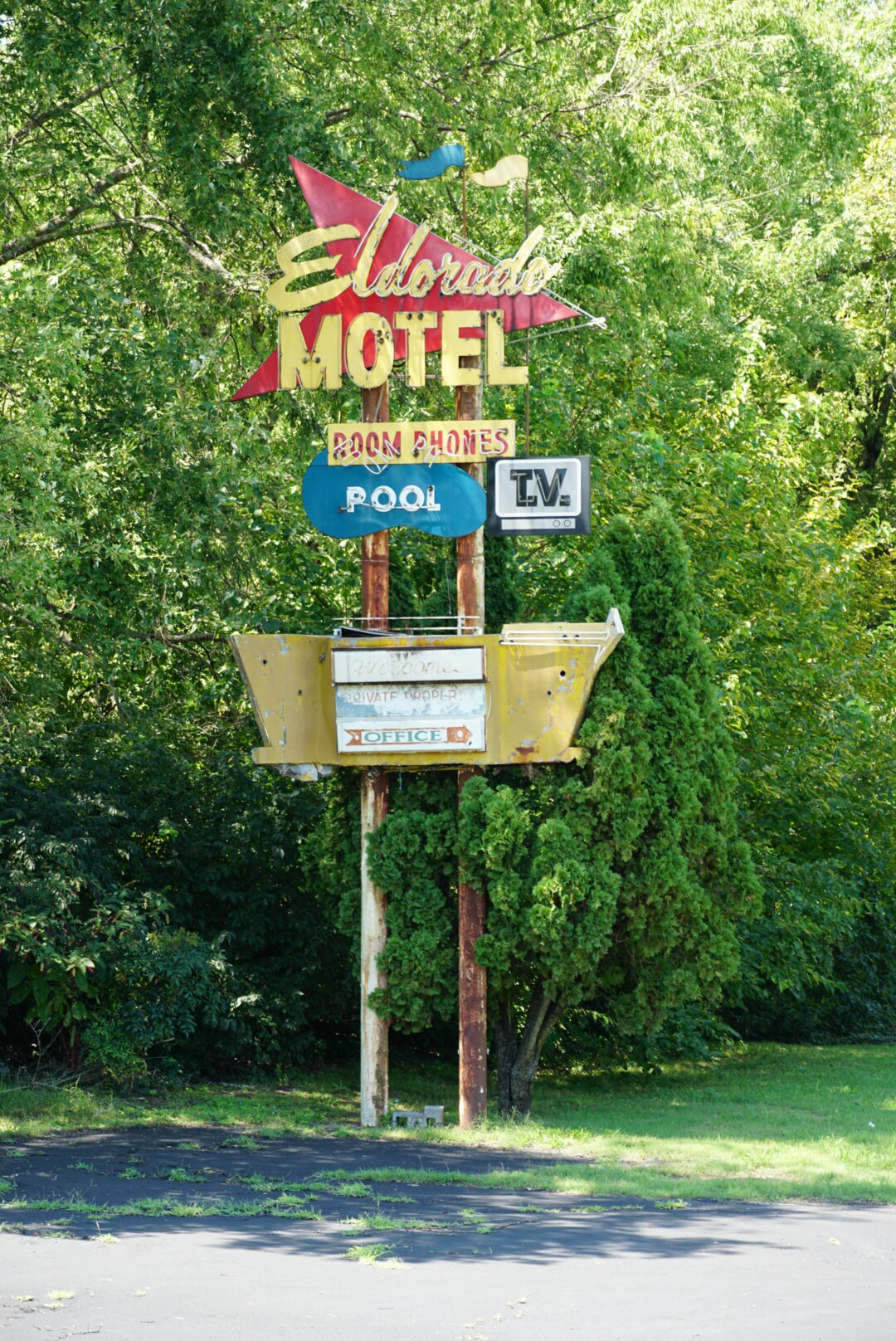 The vibrantly colored sign set back at the corner of Buchanan Street and Ed Temple Boulevard is the only remaining reminder of the once-prominent Eldorado Motel. The Green Book-listed Eldorado opened in 1957 under the ownership of George Driver, a restaurant operator, and Bill Otey, a chain grocer. Driver and Otey were the first Black business owners in Nashville to receive a Federal Small Business Administration loan, and a $112,000 participating loan for improvements they received in 1963 was the largest for any Black-owned business in the country at that time.

The Nashville Christian Leadership Council (NCLC) arranged for Harry Belafonte and Dr. Martin Luther King, Jr. to stay in this hotel while they were in town for Belafonte’s Southern Christian Leadership Conference (SCLC)-sponsored concert at the Ryman Auditorium in September of 1961. Belafonte fell ill and was hospitalized, forcing the cancellation of the concert. Ted Rhodes, considered the first Black professional golfer, lived at the hotel late in his life.

The motel was razed in 2012, leaving only the sign. While the sign is not in imminent danger of disappearing, its historical significance warrants restoration and regular maintenance to make the most of its visual appeal.