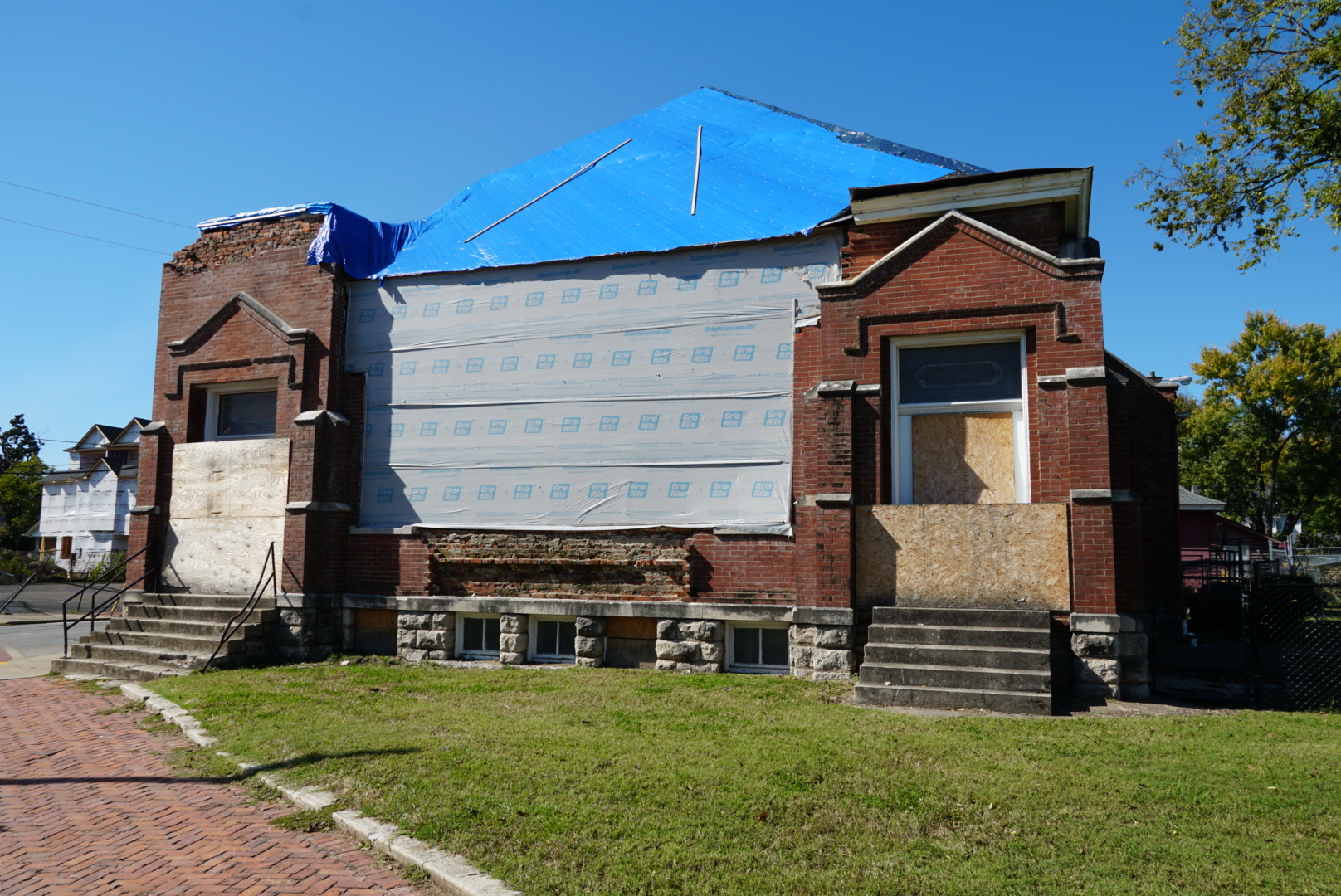 The tornadoes that tore through Middle Tennessee on March 3, 2020, damaged more than a hundred buildings, including several houses of worship. Between the destruction and the suspension of in-person services, many of the congregations have yet to rebuild.

The home of Hopewell Missionary Baptist Church, which has sat on the corner of 10th Avenue and Monroe Street since its dedication in 1906, was one of the hardest hit—and for the second time. The red brick church trimmed with stone lost its bell tower during a tornado that followed a similar path in May 1999. The steeple was destroyed again this March, and that was only part of the damage the building sustained. The church building, with its gabled bays facing both 10th and Monroe and its Gothic or Romanesque details, was designed by Henry Gibel. Gibel, a Nashville architect who emigrated from Switzerland in the 1880s, also had a hand in designing the original Nashville Carnegie Library, now demolished, and the Nashville Arcade. During its hundred-plus years, the church building has been associated with Nashville’s German and Black communities. It was dedicated in 1906 as the Third Baptist Church. Third Baptist moved out in 1959 and sold the building to Hopewell Missionary Baptist Church, which had split off from Mt. Zion Baptist Church in 1914. The building was added to the National Register of Historic Places in 1979.

The members of Hopewell Baptist have been unable to worship here since March, and fallout from the pandemic has slowed restoration plans. An investment from the broader community would allow this congregation of about two hundred people to rebuild the steeple and return the sanctuary to its former beauty.