In the early 1930s, the Presbyterian Synod for Nashville and Middle Tennessee acquired a 35-acre bequest of land near the Lipscomb Bible College to build a larger facility for its Monroe Harding Children’s Home as the need for expanded facilities for children increased with the onset of the Great Depression. The synod began a building campaign and Nashville architect Henry C. Hibbs designed the main Colonial Revival-style building and other structures on the site to provide a pastoral campus for the institution and the children who lived there. It opened in 1935. (The home’s original benefactor, Fannie E. Harding had given her North Nashville home and its surrounding five acres to be used as an orphanage to the synod in 1893 as a memorial to her husband, Dr. James Monroe Harding.) 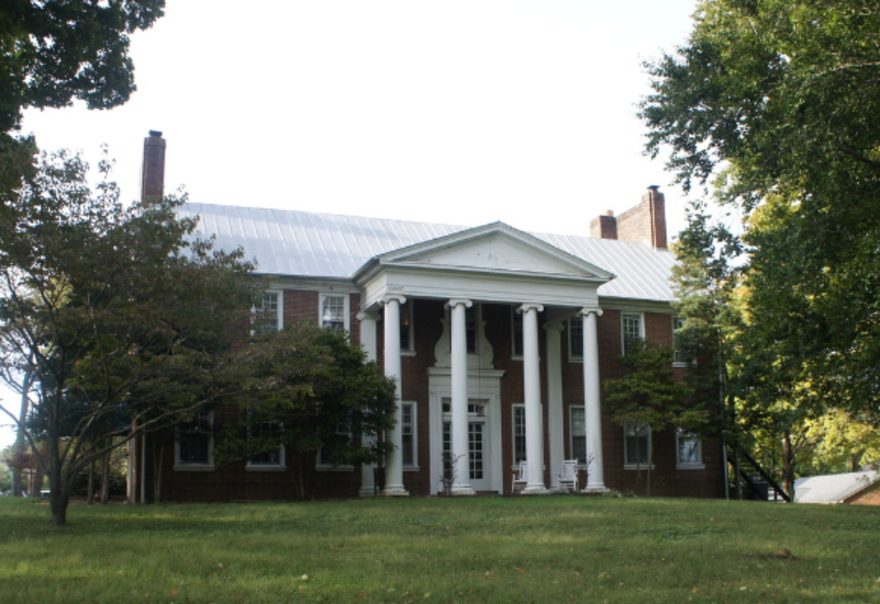 This property was on the Nashville Nine list in 2012, when concerned neighbors began to fear that the property might be redeveloped. Recent developments have brought about its inclusion on the 2018 list due to an added a sense of urgency to prevent the loss of this important property. In 2017, the Monroe Harding board decided to sell the valuable property in the heart of Green Hills to provide funds to sustain its mission of providing foster homes for older youth in Middle Tennessee. Neighbors quickly expressed concern for what they saw as “that one last green track in the Green Hills area.” The current proposal calls for the demolition of the Hibbs building, the removal of 200 trees of the urban canopy, and construction of 31 homes atop a steep slope leading to the Brown’s Creek flood plain. Although the Metro Planning Commission voted unanimously to deny the zoning change, it will still be brought before the Metro Council for a vote on November 6.