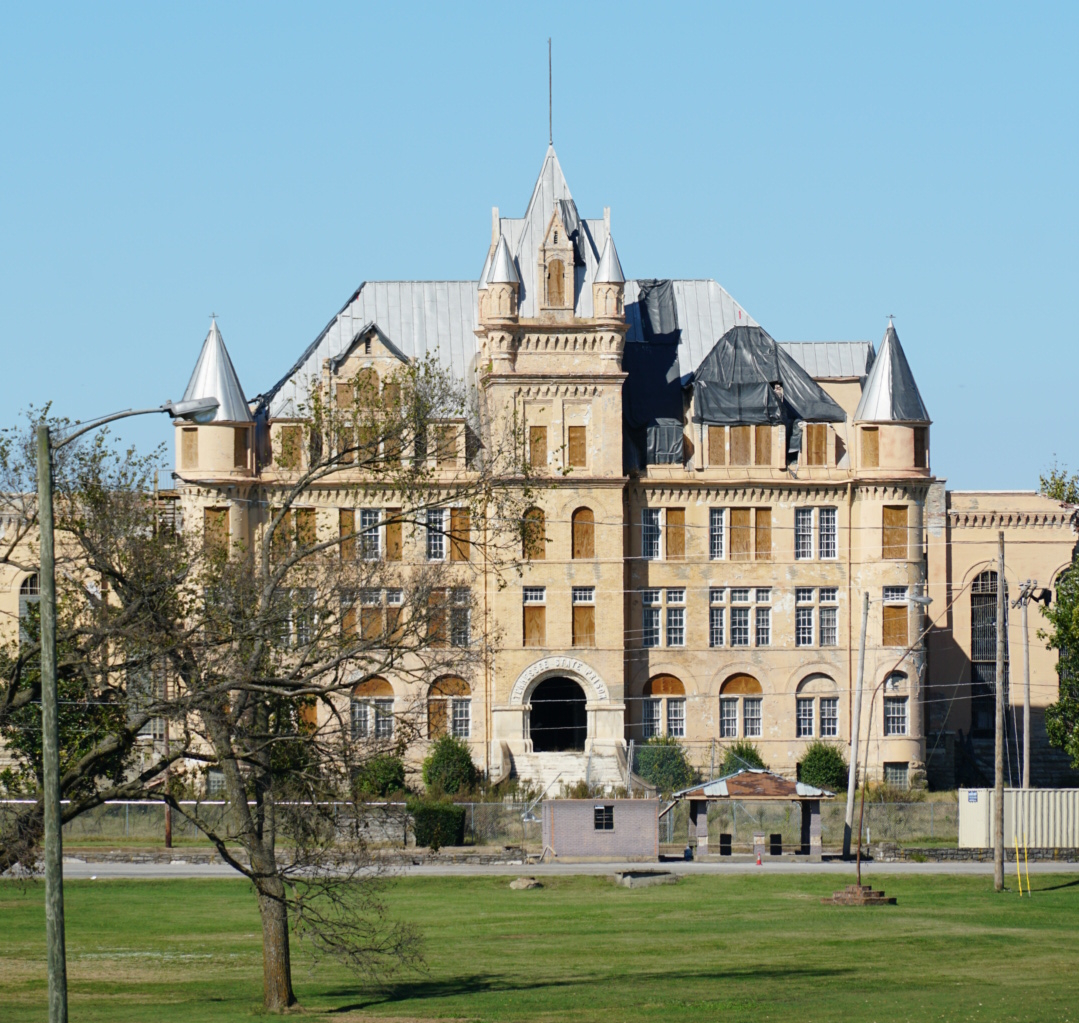 The Tennessee State Prison appeared on Historic Nashville’s Nashville Nine in 2011. It returns this year with added urgency. The state of the Gothic Revival prison, which opened in 1898, had been declining since its closure in 1992, but when an F3 tornado struck the grounds on March 3 of this year, general deterioration turned into devastation.

The presence of asbestos had made the imposing structure’s main entry off-limits for years. The site once used in such movies as The Green Mile, Walk the Line, and Ernest Goes to Jail was in such a state it could only be used for exterior shots. The prison suffered heavy damage during the tornado, including about forty yards of wall on the right wing that was knocked down, making it even more unsafe.

The imposing structure and hand-cut stone of the prison’s main entry make it one of Nashville’s most distinctive architectural treasures. The destruction caused by the tornado may mean that not every part of the old Tennessee State Prison can be saved, but it would be a tragedy to lose it all.