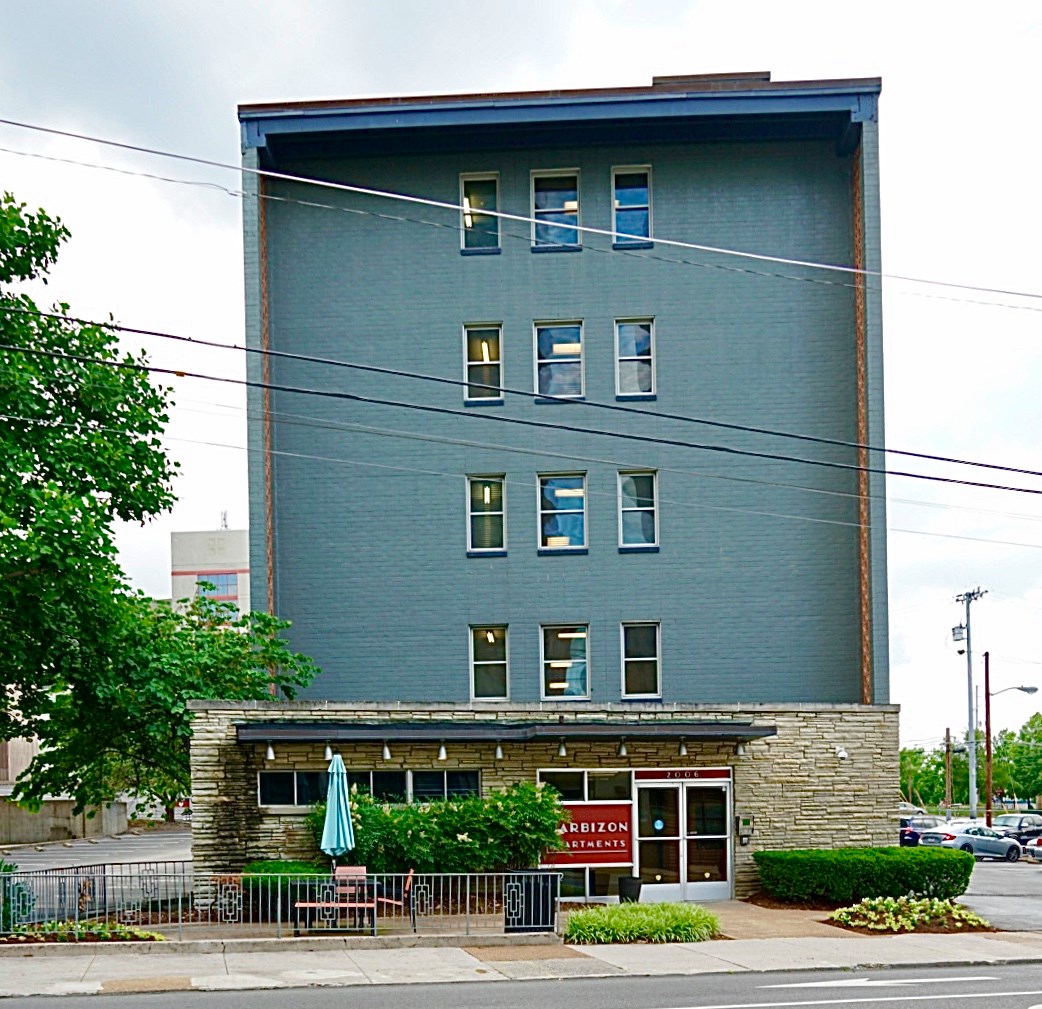 The Barbizon Apartments building, with its modernist design, was built in the early ‘60s. The structure’s stone front and masonry screens give the 45-unit Barbizon a distinctive mid-century presence in Midtown. Tom T. Hall lived here during his early days in Nashville.

Vanderbilt University acquired the property in 2000. Preliminary plans released earlier this year indicate the Barbizon could be demolished as part of “phase two” of its graduate and professional student “housing village.” Vanderbilt has already torn down nearby properties it has purchased in the past few years—including the entire adjacent block facing Broadway between 20th Avenue South and Lyle Avenue. Historic Nashville urges Vanderbilt to choose a path for developing this stretch of Broadway that preserves it character instead of razing it.