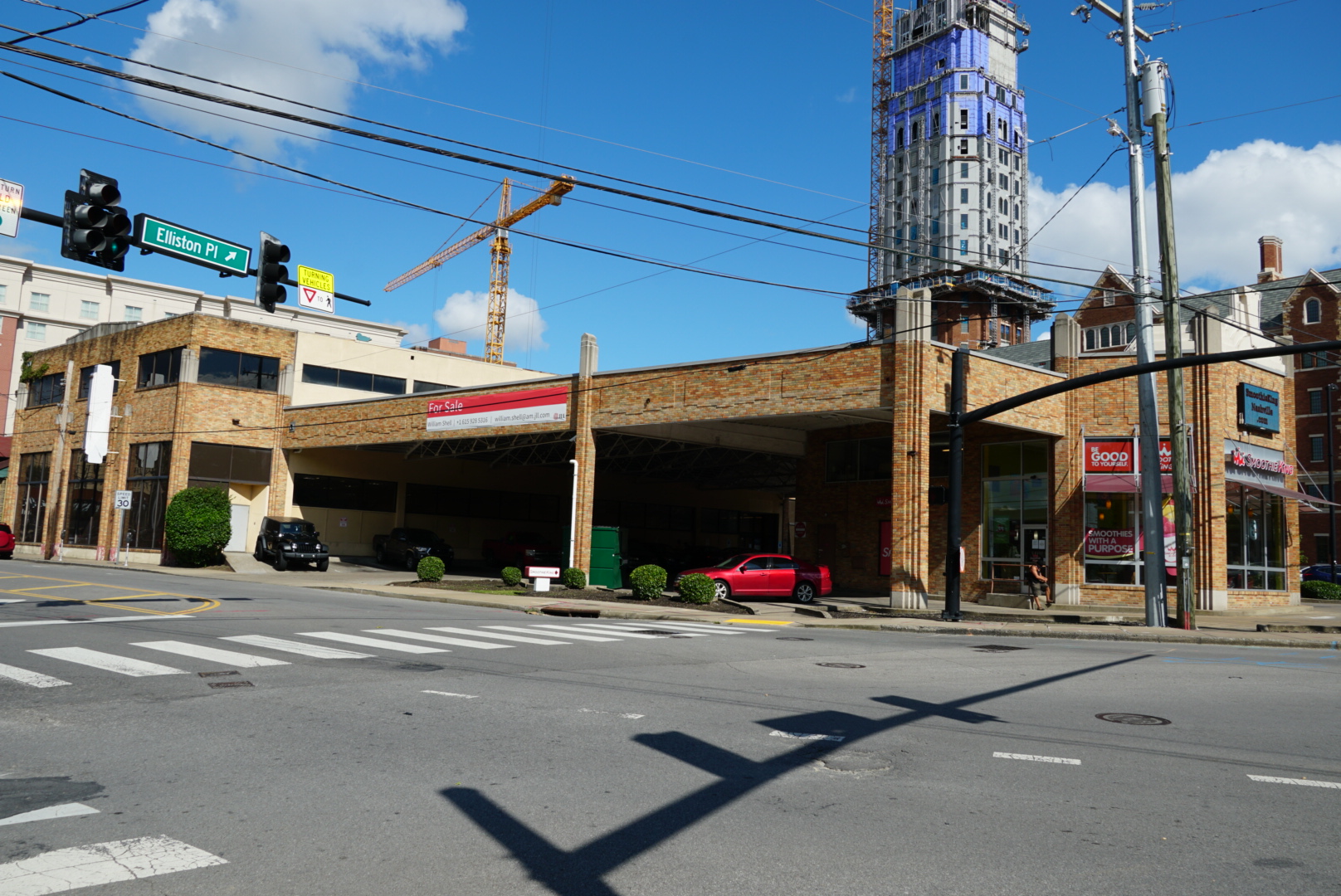 For ninety years, the buff-colored brick buildings have stood on the triangular lot where 25th Avenue North/Elliston Place splits off from West End Avenue. Designed by prominent local architects Marr & Holman (who also designed the Nashville Post Office which is now the Frist Center for the Visual Arts), it was initially Firestone Service Stores, the first “one stop” retail store in Nashville for the Firestone Tire and Rubber Company. For the past thirty-five years, the main building has housed a series of drug stores, most recently a Rite Aid.

When it opened, the Firestone store was expected to be the South’s largest tire sales building and service station, capable of servicing twenty-five cars at once. Firestone operated here until 1983, with Eckerd moving into the space in 1985.In 1986, the Metro Historical Commission awarded the property with a preservation award, calling the Firestone Building “an example of Art Deco architectural style, rare in Nashville as well as the nation because the style was becoming popular just as the effects of the Depression were being felt.”

Currently, the smaller corner building houses a Smoothie King. Walgreens, which owns the property, put both buildings on the market when the Rite Aid closed.  Historic Nashville is concerned that the Firestone Building’s prominent location puts it particularly at risk of development that seeks to create a newer, larger presence at the expense of our city’s historic integrity.