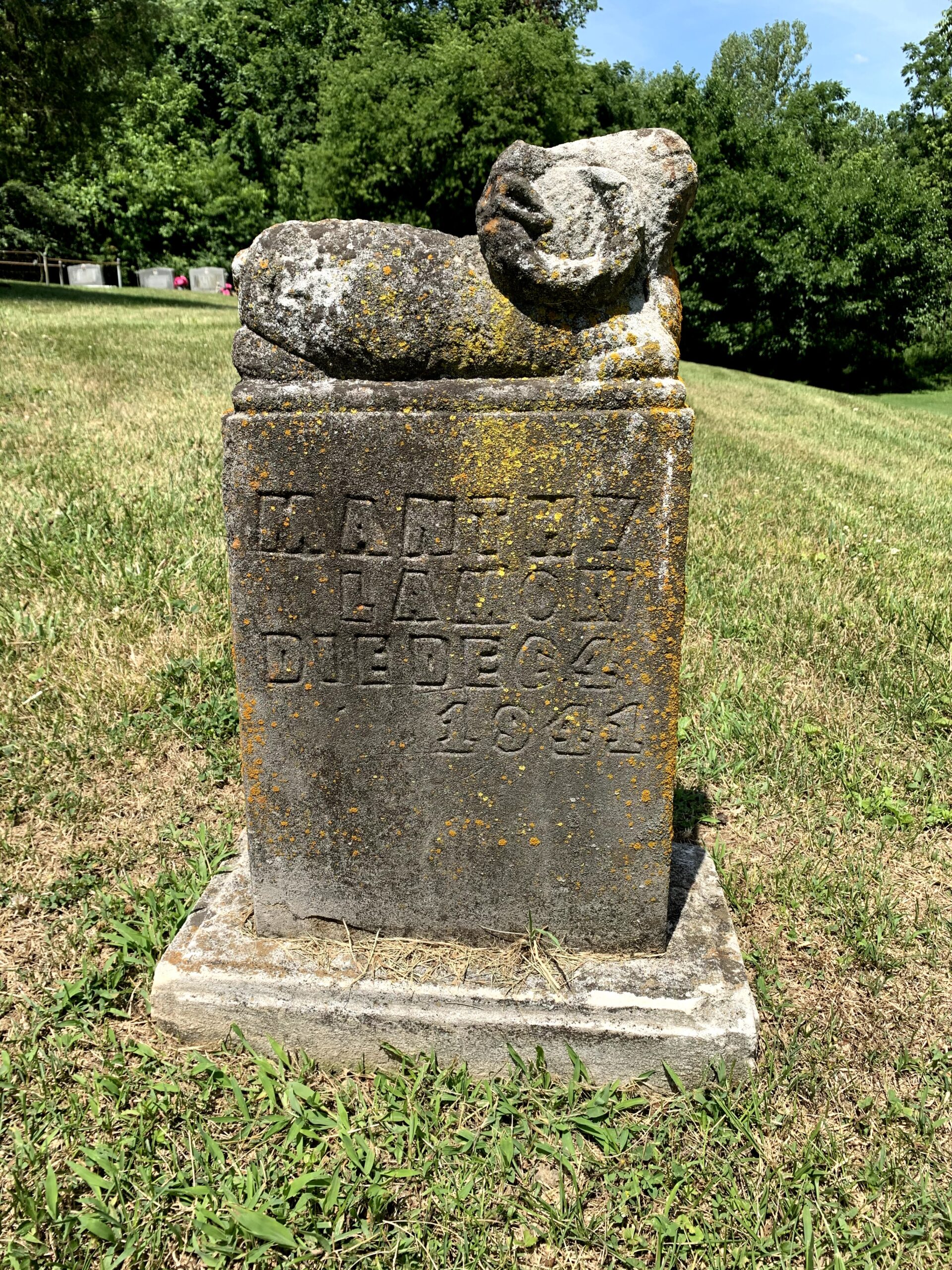 Nashville sculptor William Edmondson (1874-1951) was the first African American artist to have a solo show at the Museum of Modern Art in 1937. But the stonework he was most well-known for during his life were the headstones he carved for family, friends, and neighbors. Approximately thirty-five of these headstones marking the graves of over forty people still remain in African American cemeteries in Davidson and Williamson County.

Many of these headstones originally had small sculptures on top—birds and other “critters,” as Edmondson called them. With only three known exceptions, this art is now all missing. Many of the headstones are weather-damaged. Some are broken. Many are virtually impossible to read, the instantly recognizable Edmondson lettering worn away by time. And yet, a few intact examples remain.

These headstones are the most accessible examples of Edmondson’s work, placed exactly where Edmondson intended them to be viewed. Unfortunately, years of neglect have taken their toll. And yet, attention to the stones because of their famous maker makes them more vulnerable to theft, which is obviously a detriment to the families of the loved ones whose graves were marked by those stones. Historic Nashville would like to see stakeholders come together to find a way to protect and preserve the stones.